Readability: what it is and why it matters

The written word is used to communicate a whole host of ideas and information. But, what if without even being aware of it, the way you were presenting your ideas – the language you use, the length of your sentences, your use of grammar – was actually getting in the way of people engaging with your message? Readability scores are one way in which you can measure whether written information is likely to be understood by the intended reader.

What is a readability score?

A readability score is a computer-calculated index which can tell you roughly what level of education someone will need to be able to read a piece of text easily. The score itself identifies a grade level corresponding to the number of years of education a person has had.

If text is too difficult or awkward to read then messages may not be engaged with or understood. However, if reading is too easy your audience might feel patronised or just plain bored. Either way the readability of a given text can influence the extent to which people engage with and take on the message of that text.

How did readability scoring come about?

The idea of readability came about in the 1920s. As the numbers of children going to secondary school was increasing, figuring out exactly what these children should be taught became a hot topic. Advice arrived in the form of Thorndike’s (1921) The Teachers’ Word Book. The book listed 10,000 words, each assigned a value based on his calculation of the breadth and frequency of use. The idea was the book could inform teachers as to which words they should be emphasising in their teaching so that those words most commonly used could be instilled in the vocabulary of their students.

Thorndike’s book and its later variations were the catalyst for research into readability, that is, what makes text readable and how this differs by educational level. By the late 40s, measures of readability had emerged generating scores based on syllable counting and sentence length. These scores were often mapped to a grade level.

For example, Flesch-Kincaid Reading Ease scores are (usually) between 0 and 100, with a score of 70 to 80, equivalent to 7th grade (age 12), being fairly easy to read. Flesch-Kincaid and Gunning-Fog Grade Levels provide scores directly in grades, where a score of 7-8 is ideal.

Why does readability matter?

Readability is a widely applied principle found to be valuable across a vast spectrum of professions and sectors. Here are just a few examples of why readability matters and to who.

How do teachers decide what texts are appropriate for their students? 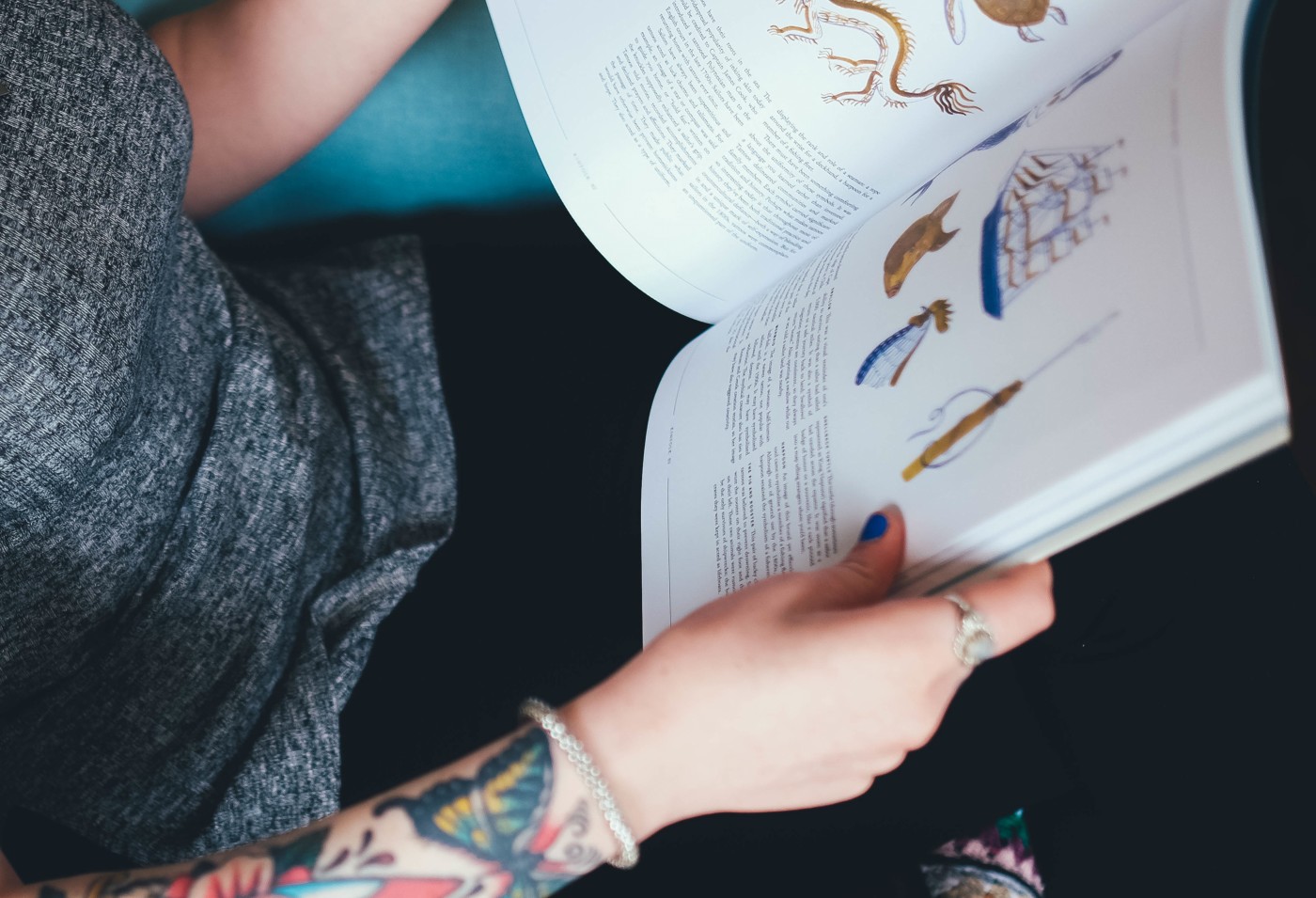 With education is at the foundation of society the responsibility on teachers to educate effectively could not be greater. One of the many factors that bear on the success of teaching is whether instruction is pitched at an appropriate level for the learners. Too easy and they’ll be bored. Too difficult and you risk them disengaging all together. Readability scores have long been used by education professionals to help them make decisions about which books are appropriate for their students.

Back in 1975, the UK education policy A language for life set out that “a particularly important teaching skill is that of assessing the level of difficulty of books by applying measures of readability. The teacher who can do this is in a better position to match children to reading materials that answer their needs.” Forty years later, the use of readability scores in the choosing of set texts remains influential.

A survey was conducted by the National Council of Teachers of English in a Western state in the US. 84% of respondents identified readability level as a factor that influenced decisions about which texts were selected for English teaching. While some researchers have highlighted the limitations in the use of readability scores to choose age appropriate texts, readability provides a useful measure by which to contribute, alongside other factors, to appropriate text selection.

How can digital marketers increase the likelihood of people engaging with their brand?

As Neil Patel of Content Marketing Institute writes, “content that people love and content that people can read is almost the same thing”. While this may not be quite true – you could convey some fairly rubbish ideas in some easily readable sentences – readability scores can play a role in getting people to your site and ensuring they can easily read your content when they get there.

So, for digital marketers then, readability is a pretty important factor for success. Evidence around the readability of web content, unsurprisingly, shows massive variation between sites. For example, a study of wine websites looking at copy from 20 most popular wine brands in the US found that readability varied wildly. The researchers highlighted that wine drinking is now of interest to younger consumer groups as well as the wealthy – yep, everyone loves wine.

With this wider audience in mind, they concluded that less sophisticated consumers would not engage in messages about wine that they didn’t understand. At the same time, more sophisticated consumers would appreciate information being conveyed clearly. For both markets, paying attention to readability was seen as vital in conveying messages to consumers. After all, if people struggle to even read your content then there isn’t much hope in them actually engaging with your ideas and vision.

How can the legal profession simplify essential documents?

"Have you read the terms and conditions?" "Yes," we say, even though 99% of the time this is probably a complete lie. That said, if those terms and conditions were a matter of life and death then hopefully we’d at least take a glance. The difficulty here is that important legal documents, such as wills, are not necessarily written in a way that people can understand.

legal documents, such as wills, are not necessarily written in a way that people can understand.

A recent study investigated how people comprehend legal language in wills. It revealed that people have significant difficulty understanding the concepts described in standard, traditional wills. It also showed that in comparison to will-related documentation in its traditional format, revising the text to increase readability was seen to improve participants’ abilities to apply will-related concepts and to explain their reasoning. Providing explanation for archaic and legal terms provided a further improvement.

Given that most older adults in the US and UK have a will, the notion that the contents of these important documents, and therefore the implications of having signed one, may not have been fully understood is pretty worrying stuff.

How can governments express their plans and policies in as transparent way as possible?

what are the criteria by which we can judge whether something is written clearly and concisely?

It is the responsibility of any government to communicate their ideas and plans clearly and concisely so as to ensure transparency of their intentions to those people whose lives will be affected. However, as anyone who has ever tried to read a government policy will realise, this is not necessarily something that they are very good at. In recognition of this, there are campaigns in the UK and the US to try and give governments a hand and to promote the use of plain English in government communication. But what are the criteria by which we can judge whether something is written clearly and concisely?

You guessed it, readability scores.

For example, in the US, following the introduction of the Plain Writing Act of 2010, the efforts of government bodies to present their policies clearly is audited annually by the Center for plain English (PLAIN). A report card created for each government department and along with reader reviews, the readability score for documentation is generated feeding into grading. Readability scores then are one criterion by which governments can be held accountable in the generation of transparent policies.

How can the healthcare sector ensure patients are getting the right messages around their care and treatment?

What is lupus? How long does flu last? Is bronchitis contagious? These are a few of the popular Google health searches of 2015. Whatever the condition, type it into your browser and there is a whole treasure trove of information available.

guidance suggests writing for a level of grade 7 or 8

Aside from the enormous issues around the accuracy of medical information online, there are also big question marks around the clarity of how potentially lifesaving information is communicated. Readability scores have been used by researchers to assess the readability of health related communications available on the internet and the results are not very encouraging. For example, a study looking at gastric cancer related information on the web, 51 websites were evaluated found average readability to be at a grade level of 10.4. Given that US National Library of Medicine guidance on writing health material for the public suggests writing for a level of grade 7 or 8, this health related information seemed rather poorly pitched.

The same pattern was found in a study assessing the readability of health information presented by organisations representing the top 5 medical-related cause of death in the US including diabetes and stroke. Again, readability scores were well about the recommended grade 7 or 8. Given the potential seriousness of misunderstanding health related information, the need for health related communications to be pitched appropriately for the reading levels of the general public should not be underestimated.

So what is the potential?

Readability scores don’t just point out problems, they provide a tool by which to address them. Readability measures help highlight issues in readability of health related information. They help communicators ensure patients can understand the important health messages being conveyed in information leaflets. They help to point out weaknesses in government communications, by giving policy writers advice on the readability level they should aim for. And when writing for the general public, readability scoring provides a gauge by which writers can improve the quality of their writing.